It is fair to say that there were a number of talking points when Gareth Southgate named his England squad last week.

It was said that the manager had shown too much loyalty to players who are out of form, but the England boss has his reasons for selecting those who have never let him down.

The Nations League matches against Italy and Germany, while big games in their own right, carry an extra importance.

They are the last games that England play before Southgate names his World Cup squad and the threat of relegation to League B hangs over the team if they lose to Italy on Friday night.

BBC Sport has taken a look at the data that backs up Southgate’s decisions.

1. England’s centre-back debate – why no White?

The inclusion of Harry Maguire has been one of the biggest talking points since Southgate made the list of 28 players public. He has been dropped to the bench by Erik ten Hag at Manchester United with the Dutchman favouring a partnership of Lisandro Martinez and Raphael Varane.

Against other English centre-backs in club football, Maguire has the worst minutes to goal conceded ratio of one every 40.1 minutes when he has been on the pitch for United this season.

Conor Coady, on loan at Everton from Wolves, tops the list with Ben White second, but there is no place for the Arsenal defender in the squad. White also has a high duel success rate of 62.5%.

It looks as though the fact the 24-year-old is playing at right-back for his club since the return of William Saliba and his lack of experience at international level are the reasons why he is an outsider for the World Cup squad, which will be announced in October.

Although Maguire’s stats aren’t impressive when looking at his club form it is a different story for his country, which shows why Southgate calls him “one of our best centre-backs”.

He has 46 caps, experience in World Cup and European Championship campaigns, is behind only Manchester City defender Kyle Walker in terms of the most minutes played for England and has kept the most clean sheets out of any centre-back under Southgate.

When the 29-year-old was booed in the home match against Ivory Coast in March, Southgate said: “We aren’t going to win a World Cup with a load of players with three or four caps. That’s never happened in the history of the game”.

It looks as though the manager is sticking to this philosophy.

The England squad is blessed with an abundance of talented right-backs, which comes with its own issues, but there is not much depth at left-back.

For the last international break in June, Southgate did not choose a recognised left-sided defender, with Newcastle United’s Kieran Trippier playing the majority of the minutes there and James Justin of Leicester City called up for his first international cap.

The Justin experiment didn’t work and Southgate has again opted for a player who was so key in the run to the Euro 2020 final, Luke Shaw. Shaw, however, is another Manchester United player having a difficult time at club level.

Southgate has also picked Chelsea’s Ben Chilwell for this squad but, like Shaw, he has not played many minutes leading up to these fixtures as he regains fitness following injury.

Chilwell has the best minutes to goals conceded this season but with the caveat that he has had limited playing time. Shaw is the only full-back to have played fewer club minutes than Chilwell but he is bottom of the table.

However, the stats are somewhat flipped when looking at chance creation. Shaw is behind only Trent Alexander-Arnold of Liverpool and Trippier in chance creation – which is impressive given he has only played 154 minutes this season.

Chilwell is bottom of the chance creation stats but he has registered one goal and one assist in just 193 minutes of play.

3. Will Kane peak in December?

The one player who is pretty much guaranteed to start every single game for England is Harry Kane. Southgate regularly speaks about the side’s over-reliance on the captain’s goals and how others need to step up.

The 29-year-old Tottenham striker scores a lot of his goals in November and December for Tottenham, which could be good news for England the World Cup is being played in those months, but he does play more games at that time of year because of the festive fixtures.

In other positive news for England, Kane has scored six Premier League goals so far which is his joint best start after seven games.

And that is not the only stat that is going in England’s favour. Kane’s chance conversion rate is 25%, making this his best start to a Premier League season for six years.

It looks as though Southgate’s biggest worry will be Kane keeping free from injury until the tournament starts.

4. A lack of goal-scoring creativity?

You can see why Southgate is concerned about goals in this England team. After Kane (50) and Raheem Sterling (19) the next highest scorer in the squad is Maguire (7).

This is not a new issue. Back in June Southgate said: “We have to start sharing that load. There are players who are scoring regularly with their club and have to transfer that to international football.”

That’s why Brentford’s Ivan Toney has been included as England look for a solid back-up option to Kane. Toney has scored five goals in seven Premier League appearances this season.

Marcus Rashford is one of those players who will be in Southgate’s mind but time is running out for the Manchester United forward to make it into the plans for Qatar.

It’s pretty incredible to think of Rashford as an outside pick for the England squad. Prior to the Euros last year he would have been a certain in England’s first XI.

However, a mixture of injuries and poor form have led to the 25-year-old not being called up for the Three Lions since November last year. He has, however, shown signs of improvement under Ten Hag, scoring vital goals in wins over Liverpool and Arsenal.

Southgate did mention Rashford will be under consideration if he manages to maintain his good run of form, but he is definitely not a certainty.

Whatever happens during these two games, it’s clear that any player who finds the net has a big chance of being in that final 26-man squad in November. 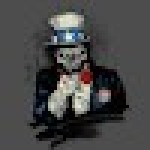